Fallingwater Cellardoor of Shiny Things devoted two and a half weeks of full-time work to create her new sculpted Ruffle Boots, and the results are stunning! Available in four colours – black, chocolate, coffee, and scarlet – the detail and texturing on these boots are truly exquisite.

The name Ruffle comes from the distinctive ruffling on the uppers and tongue, which – along with the shoe buttons – lend the boots a vintage charm. Look closely and you can see the exceptional care Fallingwater has invested in perfecting the texturing and ensuring all the details of design are exact. 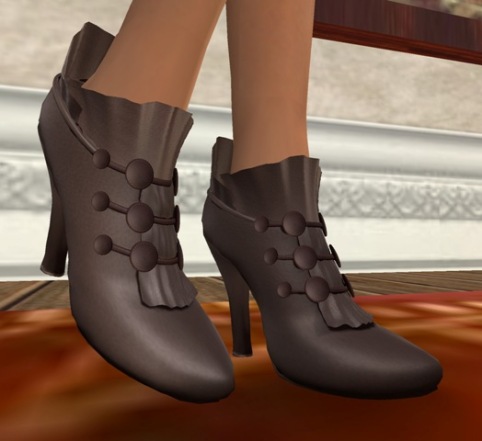 Captivated by the old world charm of these boots, I decided to teleport to Barcelona del Oeste, one of my favourite sims, where I tried on a number of outfits to get a feel for what would work best. I settled on jeans and pants as my personal preference, but there’s no question these boots are versatile enough to work with dresses and skirts too. 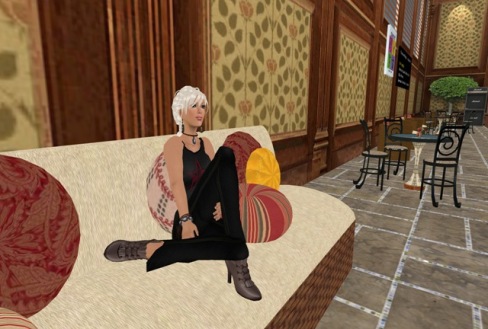 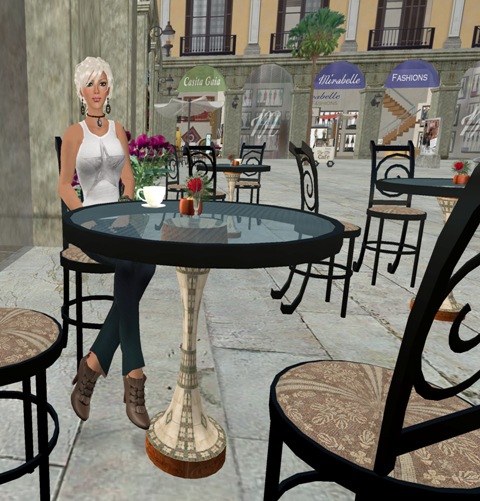 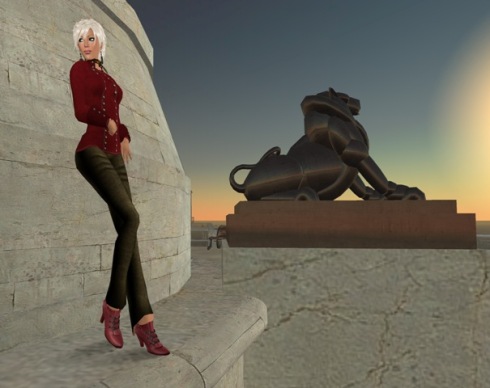 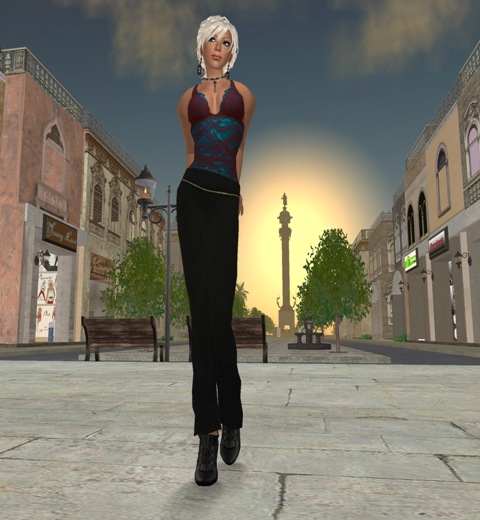 Full Credits after the cut.